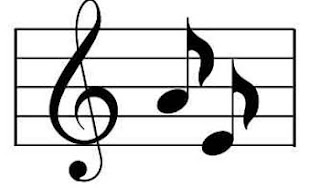 Its been ages since i cribbed about anything here.... now i take this opportunity to crib about Kannada Music Industry. Yes its the same place where you find Sunidhi Chauhan,Udit Narayan, Sonu Nigam. Hariharan and most deadliest Kunal Ganjawala singing with special audio effects. Puzzled .... Yes now they are the core members of Kannda Film music... singing majority of the songs in Kannada.

Its not the case with only Kannada film Industry,It is the same with most of the south Indian Languages. I dont understand the major reason behind inviting the singer, who doesnt even know few words of Kannada when they take up their first song.

UditNarayan is the major culprit who has contributed majorly to south Indian Film Industry [For Music] for the past 3-4 years.

I am not blaming those Singers ,After all they are doing great job of contributing their voice throught India. But I am blaming those Idiots who hire such ppl[those who dont know that Regional Language] for their movies.

If you pick any album of recent movies , you can easily find one or two songs of Udit Narayan, or Kunal Ganjawala.

Any person,needs some time to understand new Language. Especially when these singers are invited for 1-2 songs ,they dont get much time to learn the language, so someone has to write the song in their[singer's] language or English.So here starts the problem of "lossy" conversion.

Each and every language has got its own set of words and most of the words depend on the peopl's proununciation. When these singers are ready to compile the song , It is obvious that they make mistakes. So the people who are assisting them has to take care . In most of the cases these care-takers are directors or assistant music directors , who will be concentrating more on music than lyrics[ofcourse they give importance but major priority will be on music] so there comes the problem of lossy conversion....

So we can hear lot of mistakes done by these imported singers ,which irritate a lot if you are true lover of music and especially Lyrics. Sometimes evnthough they correctly pronounce the song, they dont know where to strech or give importance , so obviously it wont sound like the way we expect to hear..... so this is another form of pollution...


Thats why i ask why to import ?
The music directors or movie producers demand for this import business for the following simple reason.... They want to use the popularity of the singer????? so silly.

We often find Music talents in some talent search shows like "Ede tumbi Haaduvenu " [ETV Kannada]. Why cant we use them instead of importing those non-Kannadiga's.

Nowadays even the quality of the lyrics is also coming down... God knows when we will get to hear pure Kannada songs in Kannada voice and music.

Here is some list of most popular songs by singers from North.
1. "MTV subbulakshmige" [ Movie: Upendra. Singer: One and only UditNarayan [with his nasal voice].
2. "Usire Usire" [ Movie: Huchcha Singer: Sonu Nigarm [Spoilt the song with his Extra effects] . Since this song was intially compiled by him, its been taken out and Rajesh Krishnan again gave his voice inorder to give naturality which was spoiled by Sonu Nigam. [Director finally realized this fact.
3. "Kunidhu kunidhu baare " - once again Udit Narayan for Mungaru Male.
4. "Neene Neene" from movie Aakash by Mr. Kunal Ganjawala.

I personally feel even the singers should take some time in learning the Language or they should avoid singing if they dont know that language. Music Directors should give opportunities to regional singers , which saves them huge amount of money .