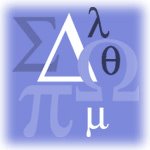 This is the post on my Wondeful Mathematics Knowledge infact Maths Tragedies...

If i think about my nursery days i dont remember anything of my maths, but my memories are still with me about my 2nd std. When i was in Second Standard in "Sarvodaya School" , Mr.Satyanarana Sir used to teach Maths.

Addition was easy task for me, as i can use 20 of my fingers to do that task, Sometimes if i have to go beyond that.. my "slate" used to help me. Even "Subtraction" was easy but i bunked one or 2 classess during that time so missed "the borrow carry method or carry borrow method" so from that time my "Tragedy about Maths" started .. If any number is bigger and the if i have to subtract from that a smaller number.. it was easy task for me .. if a number is smaller and if i have to subtract a bigger number [ where we borrow one from neighbour] .. there lies the jack.. I used to go for infinite loop for five mins after that ... i used to subtact "ulta" that is .. from the bigger number i used to subtract the smaller and keep the result...

If you are confused .. here is my way of subtraction without borrowing carry ... My Invention

So after that one day my father detected this mistake and he thought me how to do this in his own unique way.. which i thik for the first time i used my imaginative brain to do such task [ thanks daddy to invoke my brain]

After that .. till 10th std i never had any problems. but still all the maths exams used to bring some kind of fear in me.. my tendency to commit silly mistake was really high... so eventhough after struggling i used to get some 80 marks ...

But real tragedy started when i came to I.P.U.C for a person who thought maths is only add,subtract,multiply,divide.. numerous other things started irritating me like Trigonometry[WTF] and Differentiation [ God knows what i used to when they used to teach me this] .But i managed to pass the exams with bit of algebra and arithmatic[my favorite among the worst options] . I dont know .. first of all i used to think i am poor in Maths.. but I.P.U.C maths made me to think .. I am bankrupt.

Second P.U.C [ a deciding factor of my future] went on well except Differentiation and Integration. whenever i see Integration symbol i used to think why these ppl write that creature on board. I used to sleep in almost all classess as i used to go to tution thinking that i will listen there. But in tution i used to think i can learn in college. Somehow i needed a reason to skip reading maths.

In second P.U.C because of Mathematics i lost marks i got 68 out of which i lost some 10 to 12 marks for silly mistakes.

In one more question also i multiplied when it was addition... i brought back the xerox of my maths paper [ its still lying in shimoga in my room cupboard ] will scan and publish here some times.

The Enginerring mathematics things.. wil tell in the next part till that time enjoy.

maths is nice dude, the fact is that i ws apthetic at it in my school days.. but started liking maths form 2nd pu and especially the engg maths.. :)

Well i never felt like that! I always love solving problems and puzzles!

maga atleast you soome how managed to do it.. i use to sleep in the exam also.. thanks to god and reval.. i have done most of my engg maths.